Tips for Involving Influencers in Your eCommerce Content Marketing

Utilizing Influencers is an awesome way to get your content out there. It may be a massive buzzword these days that, for me personally, instantly makes me cringe. But when you get past the tacky perceptions, ultimately an influencer is just someone who has a large audience of people who engage with them. A clown on TikTok, riding the recent stupid trend to build up a following of kids before pitching them something exploitative is an influencer, but so to is the person running a twitter account which has a decent sized following in your niche, shares relevant content and gets engagement from their followers.

The trick is to not get caught up in big numbers and look for where the real value is, metrics can so commonly be a vanity thing. The TikTok clown mentioned above might have 10 million followers, but that doesn’t mean you want them sharing your article. Meanwhile, the niche focused twitter account may only have 3,000 followers but they are hot as fuck for what you sell on your store. I think it’s obvious who you should be seeking out to.

So what about after you find them?

Ask for a small contribution

When cold approaching influential people in a niche, you obviously can’t get too upset if they are wary of any requests you make, especially if they run a large and busy account. This is why it’s not a good idea to ask too much of them from the get go. At the same time, the number one reason someone shares a post is because they wrote it.

So how can we combine these two facts to increase the chances of them sharing our post? Well, you could try contacting them and explain that you are writing an article on a topic they are an expert on and would love a snippet or a quote from them that you can use in the article. Naturally, you will credit and link to them in return.

If they say “yes” then you have the compounding benefits of more content, social proof provided by a market authority, and the fact that they are more likely to go and share it to their audience as well, with another fine dusting of social proof.

Appeal to their ego

If they say no to a small contribution, or you just don’t want to potentially face rejection, then another thing you can do is give the influencer a mention in an article or even write an article about them or something they have done or been involved in. As long as the article is in the positive, you can then send it to them, hoping to give their ego enough of a polish that they decide the article is worthy of their share. Think about it, if someone wrote something good about your or your business, then you would probably share it, wouldn’t you?

Another way to appeal to their ego, though requiring some upfront interaction, is to organise to do an interview with them. You can interview someone over email to make it easier for them or make it a proper call or video chat. It’s up to you. Regardless, you are almost guaranteed a share if you can get them to do it.

Whichever method you use to go about getting an influencer to share your post, there is a good chance they are going to check you out somewhere along the line, possibly before they hit share, so be prepared. When they hit up your online presences then they are definitely going to be much more on side if they see that you have already been sharing their post and are looking to help them grow too.

In some cases, the influencer might even notice the share themself, have a poke around your stuff, see something they like and share your stuff by their own accord. So start making sure that you not only share your own stuff, but other influencers in your space too. Your followers will enjoy the content and you can ride those coat tails.

This one you have to be cautious with, but if an influencer has written an article or made a statement online that you don’t agree with, or at the very least believe is up for debate, then why not write an article on the subject?

Don’t make it an attack obviously. Try to stay objective and present both sides of the argument, conceding where it would be amicable to do so. If you make it compelling enough then the influencer will hopefully share on, though it does take a humble attitude to do so.

Even if they don’t, you can still try to get the article in front of their audience and hope they do the job of making them take notice by notifying them of its existence. Even if they ignore it, you are hopefully building enough momentum with the influencer’s audience so that the engagement earns you favor with the algorithm and puts you in front of their audience without you even having to go through the influencer!

When you post your content online you could actually tag them in it to draw their attention. Obviously there has to be a legit reason for you tagging them. An article that counters something they have stated (mentioned above) would very much warrant tagging them in and would be a great way of getting their attention. It doesn’t need to be this extreme though, an article on a topic they are entrenched in or you believe they would agree or disagree with works as well.

When tagging or mentioning them in your post, don’t make it the main point of the post while making it obvious why you are tagging them. You could use a question like “What do you think @whoever?” or maybe even a provocative statement like “I bet @whoever doesn't agree” to get them to chime in. Something cheeky but not overstepping is a good place to start, try and stay a bit back from where you think the line is to make sure you don’t accidentally cross it though!

Remember, even if your shout out doesn’t get you a full on share, any engagement is going to improve your chances of being seen by their followers. 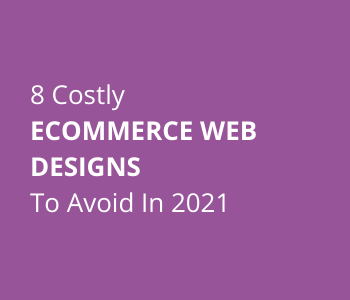 Did you know that the average conversion rate for optimized eCommerce websites is at 4%? That is a steep price to pay when your business could be making 1,000% more in revenue. That’s why we wanted to help you avoid any costly mistakes with your new eCommerce ... 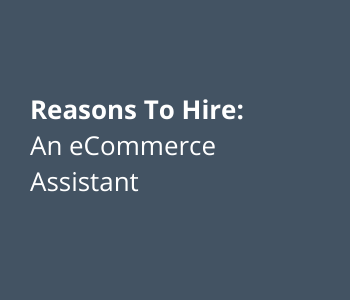 Reasons to Hire an eCommerce Assistant

If you are reading this then there is a good chance that you don’t need telling that running an eCommerce website can be extremely overwhelming at times! The amount of gears turning after you build a eCommerce website is many and as you scale up, they start to... 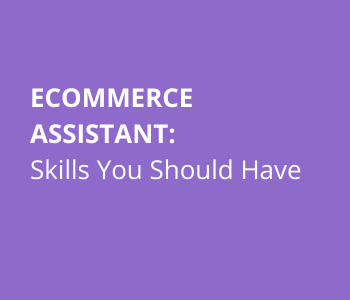 Skills an eCommerce Assistant Should Be Proficient In 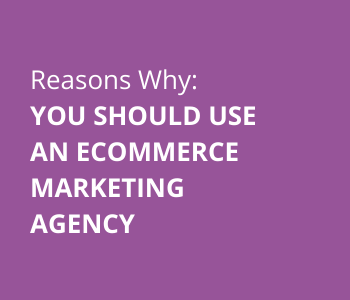 When looking for an eCommerce marketing agency to help you push your products out into the world and reel in some orders there are many things you should do to shortlist, qualify and ultimately choose the best digital marketing agency or eCommerce specialist f... 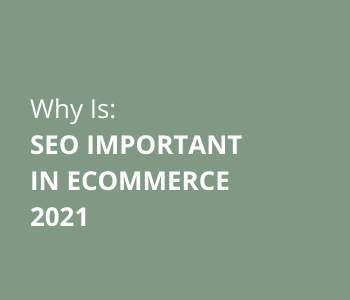 Every second, Google processes more than 40,000 search queries. That’s over 1.2 trillion searches across the globe every year. Now with every search that is relevant to your ecomm business, you have the potential to reach out to quality customers. So, how do ... 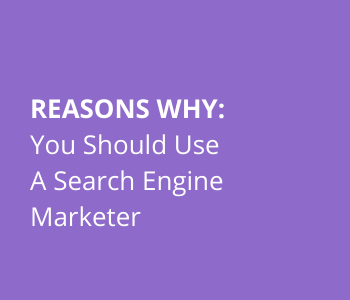 Why You Should Probably Use a Search Marketing Company and Not Do It Yourself I know, I know! I can hear so many of you shouting at your screens about not having the budget to throw at a search marketing company on top of the capital to pay per clicks while ot... 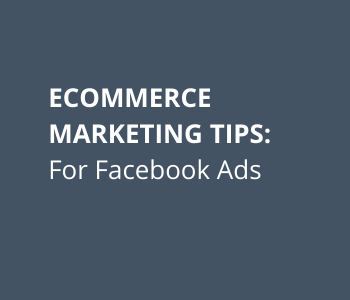 Facebook Ads can be daunting to newbies investigating how it can slot into their eCommerce marketing strategy and it’s understandable. Facebook is an extremely sophisticated advertising platform when compared to others with an array of settings to choose from ... 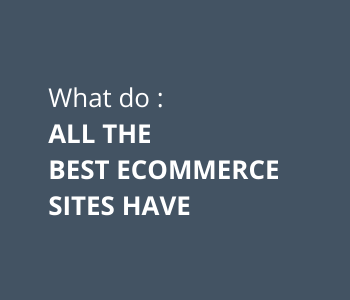 What Do All The Best eCommerce Sites Have?

Building the perfect online store is every ecommerce director’s ultimate goal. And as with most things in life, the best way to learn is to study how other people have done what you want to do, reverse engineer and replicate. So let’s have a look at a number ...